A TASTE OF NEW ORLEANS

Year 11 Cope students took the opportunity as part of their course to  highlight the vibrant mix of the different nationalities that have left an indelible imprint on the culture of New Orleans.

Once again the Year 11 Cope students presented an evening on aspects of a different culture. The countries chosen in the past have included Spain, Columbia, Italy and Switzerland. New Orleans was selected this time. It was the intention of the students to highlight the vibrant mix of the different nationalities that have left an indelible imprint on the culture of this unique city.

There were two main tasks the students had to complete. They decided the topics to research and then produced posters for a display on the poster boards. Topics included the Mississippi River, architecture, food, music, the tramway system, Voodoo religion and the slave plantation system that built the wealth of  New Orleans from an initial small trading village. The second task was to design a menu that reflected traditional food of the city. An invitation card was also designed for the event. Some students were more confident than others when they were told that they would be cooking and serving the food.

It is always a rush on the day to prepare the food and set up in the time available. However, with superb support from Teaching Assistants, Helene Cham and Louise Lawrence, the two learning mentors, Sue Marseglia and Sue Antill, Charlotte Batkin, Technology teacher, who kindly rearranged her schedule and great enthusiasm from the students, all the food was cooked and presented on time. 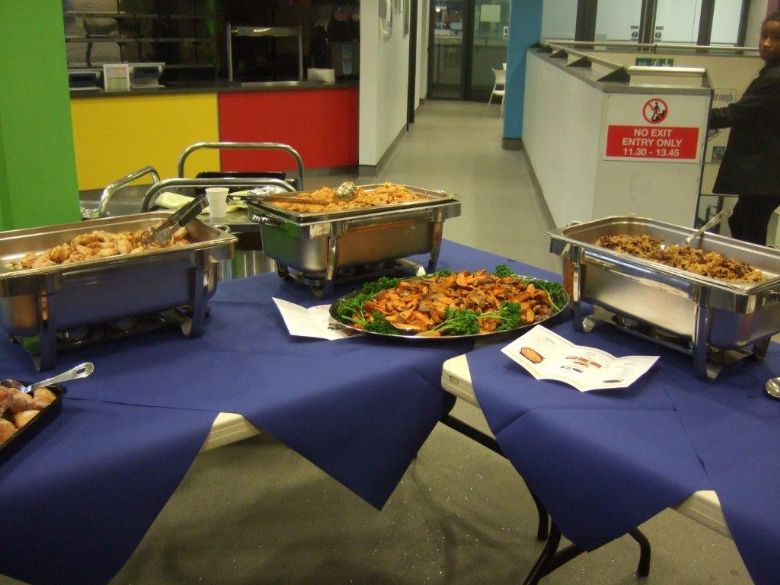 About forty people attended the event with a mixture of students, parents, teachers and other staff attending. Most people had not tried the New Orleans food before but it seemed to be a hit. There was a short quiz included where the answers were displayed on the poster board and a prize awarded for the correct one pulled out of the hat. With the mixture of a New Orleans music soundtrack, the food, good conversation and very positive feedback about the enthusiasm and hard work from the students, the event was a definite success.